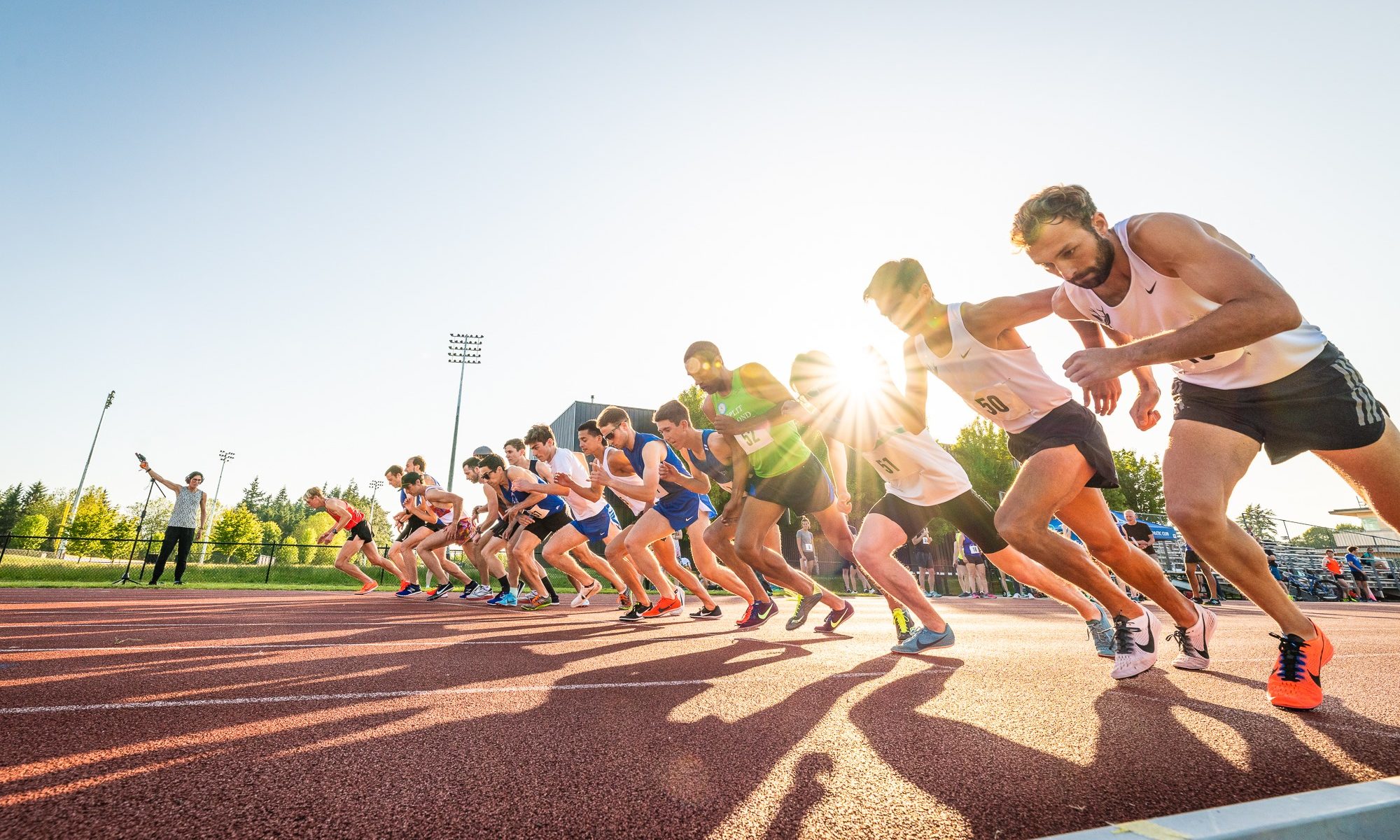 I always plan trips at exactly the wrong time — during stretches of beautiful weather in Toronto, or the exact date that a band I like is going to be in town playing a show… or the weekend of a bunch of great races. Of course that was the case for late May/early June, when I had to be in Vancouver for a series of conferences, and when two really interesting races happened to be planned: a meet at U of T with what would have been a perfect season-opening 1500, and the Streetsville Mile road race a few days later.

I was a bit bummed out until searched around and saw that there would be a perfect race while I was in Vancouver: the Vancouver Distance Series’s Mile Meet. The prospect of running a proper mile on the track is inherently interesting to a newbie runner like me — Bannister associations, etc. — and this looked like a particularly good one, with lots of runners organized into several heats, so that there was a good chance someone would be running my pace.

But what was my pace? This was a perplexing one, since I’d never run an outdoor track race before. The closest thing was the 1500m indoor race I ran in February, which I finished in 4:25. That would predict about 4:45 or so for the mile, but I felt like I was in better shape than in February, and I know outdoor races tend to be a bit faster. So I settled on 4:40 as a reasonable-yet-ambitious pace to test my fitness without really drawing on all my resources.

The extra 9 metres (a mile is 1609m) made it a little hard to really lock down my strategy, but I figured I’d try to pass through the first 409m in about 70s and then run each of the remaining laps in 70. Simon told me not to focus too much on time, since it was just a season-opening “rust-buster” (and my first outdoor track race) but instead to try to find someone running about my pace and hang on.

The race was on a beautiful Friday night: sunny and warm, with a steady headwind on the homestretch, but nothing crazy. I was slotted in for the third heat, at 7:05pm. I’d given a conference paper earlier in the day, so I was a little spent, but getting to the track and seeing all the milers got me in an excellent mood. I arrived at about 6:15 and watched the first two heats while I did drills and strides. Then it was time to go.

I lined up, the gun went off, and we were away. Right away I could see the person I should slot in behind (I now know that this was Nicholas Browne, one of the organizers of the meet, who is also 38) — he was running steady and smooth, just a wee bit faster than I felt like I should be going. The story of the rest of the race is thus pretty simple: I tried to stay behind him (see above photo). We were right at 70 through 409m, then just under 2:20 as we crossed 809m. I was feeling strong here, and thought I’d try to accelerate a bit on the third lap, but Browne clearly had the same thought, so again I just tried to hang on.

As we approached 1200, Browne caught another runner and passed him, but as I moved to pass as well, this runner sped up, so I ended up behind him. We passed 1209m right around 3:30. In the last 400, the other runners both kicked, and I wasn’t feeling horrible, but just couldn’t get the legs moving fast enough to keep up. The previously caught runner surged and passed Browne. In the homestretch I was pretty sure I’d come in under 4:40, but then the numbers just seemed to keep going up, and I still wasn’t quite there. I sped up a lot in the last 10m, trying to snag sub-4:40 (and proving I still had lots of energy left in my legs untapped), but I didn’t quite make it. My time was 4:40.11

I’m really pleased with it, though. I hit my goal time, almost exactly. I ran my first ever outdoor track race, on a beautiful track on a beautiful day in a beautifully organized event. (Thanks to the organizers — and to the photographer, Jan Heuninck, for the gorgeous photos.)

It didn’t hurt that after finishing, the organizers gave out freezies. I ate mine while watching the elite women’s field run a stunningly fast 1500, led by Sarah Inglis in 4:14. I’d really love to run a time like that this year.

I’m off to New York for a few days next week, then it’s back to Toronto and sustained, focused training as I build toward faster and faster 1500s!