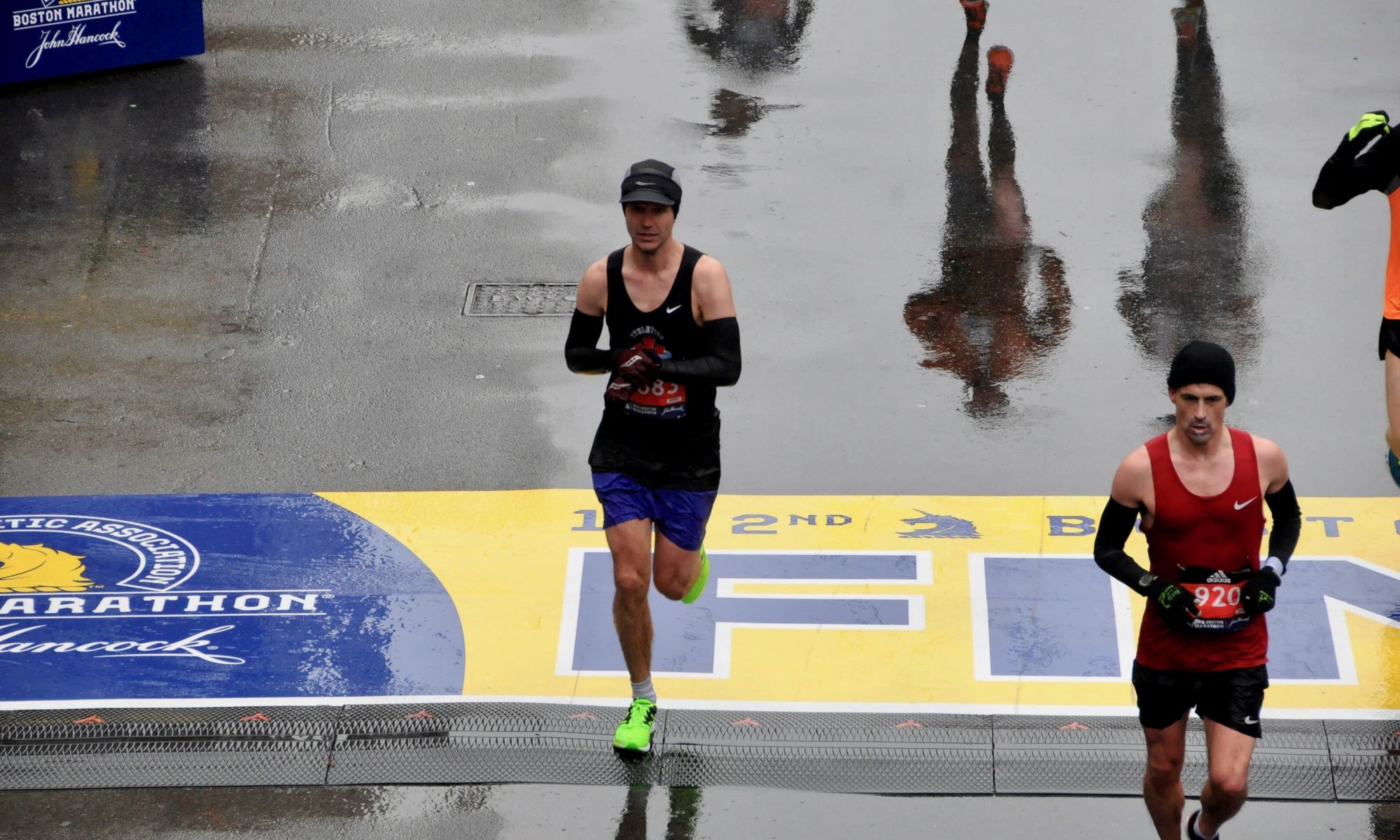 This week, I got sick.

After a great (fun and fast) Spring Run-Off last Saturday, I was feeling pretty great. I felt really tired the next morning, but not sore. Then I went for an easy run — it was warmish out, but I definitely under-dressed — and I came home and felt horrible. My partner had been sick all weekend with what we thought was food poisoning. But maybe it was a virus, because when my immune system dipped after the race and that chilly easy run, I picked something up. For two days, I had chills, I was nauseous, and all I wanted to do was sleep.

Of course, running addiction being what it is, I still really wanted to run. Thankfully, I pretty much literally couldn’t. I sat out a UTTC Masters workout on Monday, then took a day off easy running. By Wednesday, I was feeling somewhat decent, and decided to try out a treadmill run. It was mildly unpleasant, but I made it through. I ran a somewhat sluggish track workout Thursday night (followed by a very fun pub night), by which time my flu-like symptoms were morphing into a chest cold. This never got particularly severe, but my usual Mount Pleasant tempo on Saturday felt harder than usual. It was still kicking around for the track workout tonight — there was still plenty of phlegm to jettison — but I’m mostly over it.

Any lessons from all this? Well, obviously it was smart not to train through a serious virus. Also, the two days off seem to have totally healed the hip flexor thing that was bugging me before I got sick. It’s annoying that this cold is still slowing me down, but I bet I’ll feel incredible when it’s totally gone. If I could hit my usual paces tonight with phlegm in my lungs, I bet I’ll be a little faster without it.

Today was the Boston Marathon, so I’ve obviously been thinking a lot about last year. Mainly, I’ve been thinking how thankful I am not to be running it again this year. Last year’s winter training was a real slog — genuinely not enjoyable — and it would have been just as bad this year, which was equally brutal weather wise, maybe even worse.

I’ve said everything I have to say about the race itself. But thinking about last year finally prompted me to buy the photos. I’m pretty cheap and I’ve generally resisted buying race photos, but starting this blog has given me some incentive — and, a year on, running that ridiculously brutal edition of Boston feels a little more momentous.

So here’s a little slideshow.