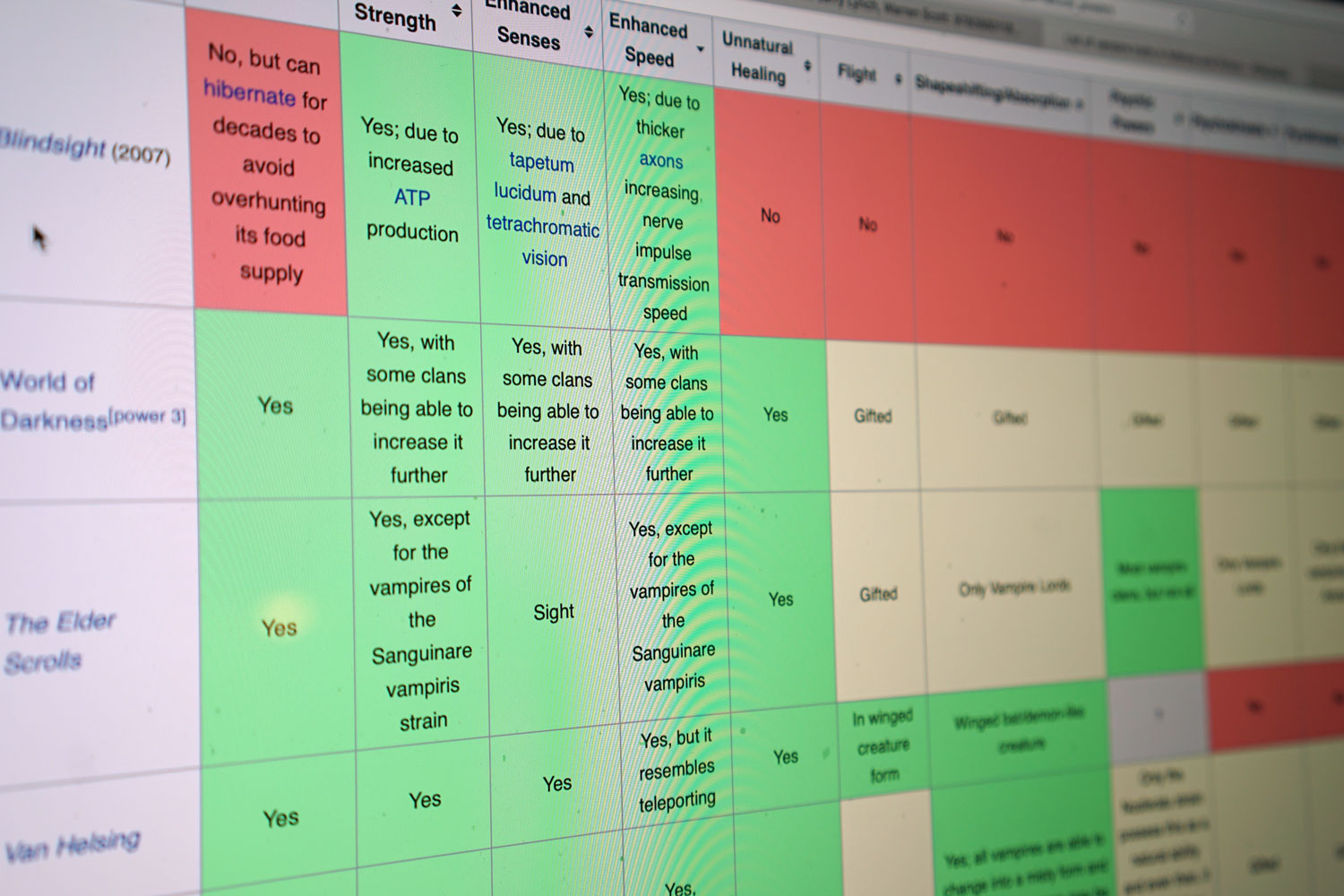 The actual motivation for the title of this blog is completely silly and random and doesn’t have anything particularly to do with vampires. In March 2019, all of my friends from my running club were getting ready to head to the Indoor Masters World Championships in Poland. I wasn’t going, and I was bored. I decided to fill my spare time reading every book about running that I could get my hands on. This then presented a problem: my head was filled with ideas about these books, but I had nowhere to put them down. Well, I could have written about them on my professional website, but then my colleagues and students would be forced to read through them, and they weren’t really my audience.

So, obviously I needed to start a proper running blog. But what would I call it?

I had pretty much decided to call it The Loneliness of the Long Distance Runner, since I’m an English professor, and Allan Sillitoe’s novella of that name is really good, and since I figured the blog would just be a lonely place to go on and on about long distance running. But it’s a pretty long title — thelonelinessofthelongdistancerunner.com seemed a little excessive, and while short acronymified lotldr.com was available (with a fun “tl;dr” in the URL!)… it’s just a little negative. Also, I was starting to think of myself as a 1500m and 3000m runner. So shouldn’t it be The Loneliness of a Middle Distance Runner, like the Belle and Sebastian song? But what if I then decided to go back to long distance? What a mess.

Anyway, one day I was stretching when a much better title came to me, all of a sudden, out of nowhere: Faster than Vampires and More Smooth. Fans of Andrew Marvell and Ursula K. Le Guin will recognize the pun. In “To His Coy Mistress,” Marvell’s speaker tells his beloved,

(It’s probably a bad sign for my career as a literary critic that all I can see in this passage are running words: “slow,” “heart,” “state,” “rate.”)

Obviously, the title of my blog is a pun on the second line — which I certainly wouldn’t have thought of if I hadn’t been teaching Ursula Le Guin’s amazing sci-fi story, “Vaster than Empires and More Slow,” which one critic has compactly described as “an exploration of vegetative sentience.”

So my title is mostly an empty pun. But it has two further advantages.

First, vampires are apparently almost universally recognized as really fast. A google search for “are vampires fast?” reveals a robust literature on the subject. The most remarkable hit is a Wikipedia page, “List of vampire traits in folklore and fiction,” which reveals that a massive (“vast?”) plurality of stories about vampires attribute them “Enhanced Speed.”

Second, in addition to being a sort of catchy title (and in addition to fasterthanvampires.com being available), it also functions as a totally decent running mantra. One of the books I was reading while putting this blog together was Jerry Lynch and Warren Scott’s somewhat cheesy but totally useful Running Within — which has a lot to say about running mantras. As it turns out, “Faster than vampires / Faster than vampires / Faster than vampires and more smooth” integrates beautifully into my stride, and functions both as positive self-talk and a reminder to maintain my form.

So, to make a short story long — that’s where my title came from.